1,310 Laptops And Tablets For Disadvantaged Students Across Swindon

Pupils across Swindon have benefitted from 1,310 laptops and tablets to date, as the government hits an important milestone in its roll-out of devices to support disadvantaged young people.

More than 1 million devices have now been delivered to schools and local authorities across England as part of a £400million investment that will support schools and young people for years to come.

The figures don’t include devices delivered directly to multi-academy trusts.

The news comes after the Department for Education last month announced a further 300,000 laptops and tablets to help more disadvantaged children and young people learn at home.

Schools are already receiving top-ups to their original allocations, with those with the highest proportion of disadvantaged pupils being prioritised first.

The 1.3 million devices the government is providing sits alongside a package of extensive support for the most disadvantaged children.

This includes partnering with the UK’s leading mobile network operators to provide free data to disadvantaged families, alongside a further £300million being invested in tutoring programmes building on the existing £1billion Covid Catch Up Fund.

To further strengthen remote education provision, the government has provided more than 54,000 4G routers to schools and colleges across England, ensuring no child is prohibited from receiving a quality education due to a lack of internet access.

Meanwhile, the government has strengthened the minimum standards for remote learning provision so that every child, no matter where they learn, receives the great education they deserve.

Education Secretary Gavin Williamson said: “I know what a challenging period this has been for pupils, teachers and parents, but it has been nothing short of inspiring to see schools and staff going above and beyond, as they always have done, to give our pupils the very best education possible.

“Online access has been an important part of this work and will continue to be as we help young people catch up after the disruption caused by the pandemic, which is why the delivery of these one million laptops is so vital. 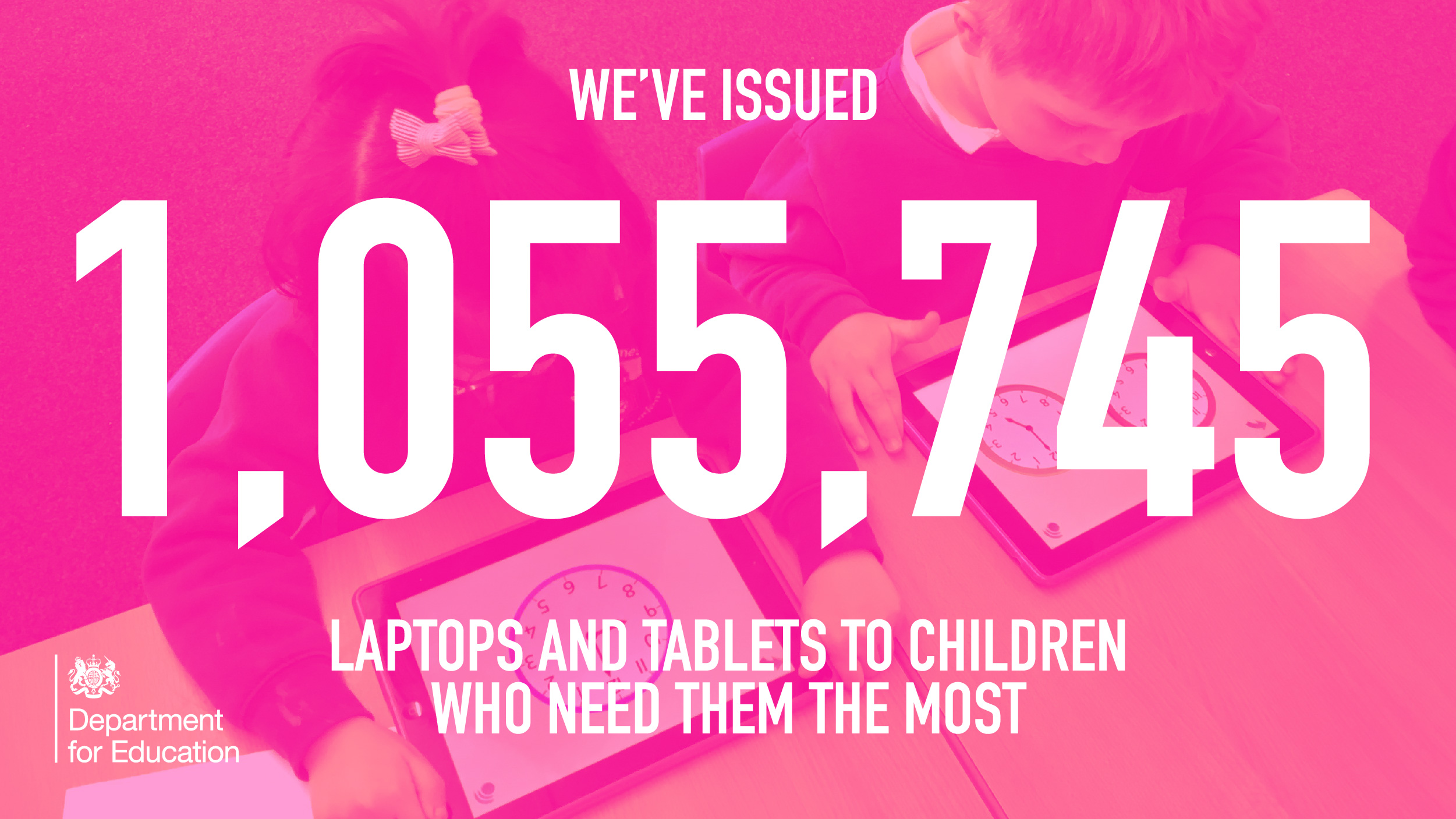