- Change to the law to be made as soon as possible

Emergency workers will receive greater protection from violent criminals after the Government confirmed ‘Harper’s Law’ would be added to the statute book.

Named after PC Andrew Harper, who was killed in the line of duty in 2019, the law will introduce mandatory life sentences for anyone convicted of killing an emergency worker whilst committing a crime.

Today’s move follows an unwavering campaign by Andrew’s family, including his widow Lissie, and the Police Federation, and comes after a number of meetings with the Justice Secretary and Home Secretary.

Henry Long, Jessie Cole and Albert Bowers each received custodial sentences of between 13 and 19 years in prison for PC Harper’s manslaughter. An appeal by the Attorney General to increase their time behind bars was rejected.

The move extends mandatory life sentences to anyone who commits the manslaughter of an emergency worker on duty – including police, prison officers, firefighters and paramedics – while carrying out another crime unless there are truly exceptional circumstances. Courts must already impose life sentences for murder, with a whole-life order being the starting point if the victim is a police officer.

The move follows recent government action to protect police, prison officers, firefighters and paramedics and ensure those who seek to harm them feel the full force of the law. This includes plans to double the maximum penalty for assaulting them to two years’ imprisonment. 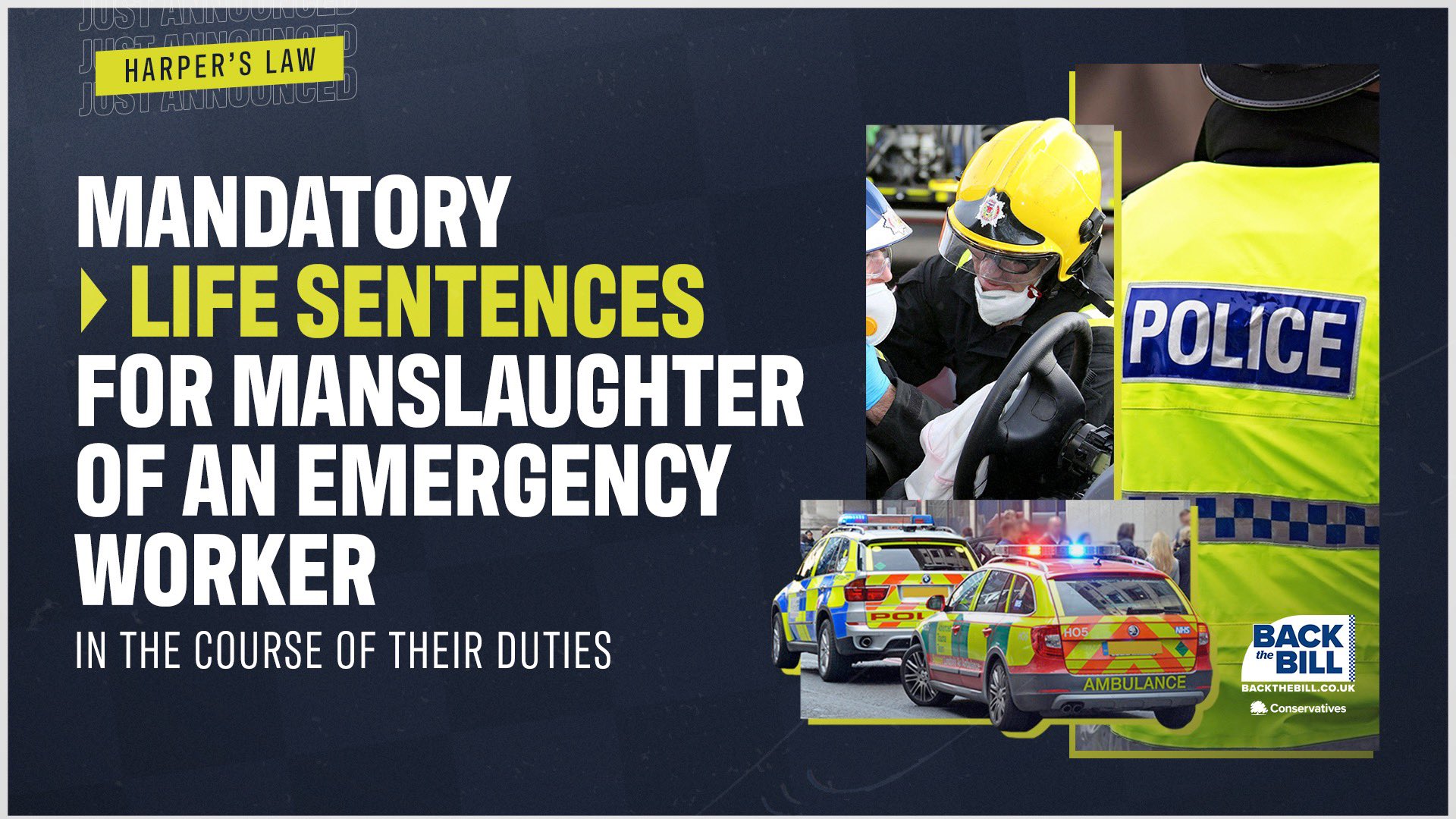