Member of Parliament for North Swindon, Justin Tomlinson MP marked the accession of His Majesty King Charles III to the throne as he attended Swindon’s Proclamation Ceremony to formally announce the beginning of the new King’s reign.

Following the National Proclamation at St James’s Palace on Saturday, local and regional proclamations were made throughout the country – including at the Civic Offices in Swindon.

Dignitaries in attendance included Justin as the Member of Parliament for North Swindon, the Vice Lord-Lieutenant of Wiltshire William Wyldbore-Smith, His Worship the Mayor of Swindon Cllr Abdul Amin, the Deputy Leader of Swindon Borough Council, Cllr Gary Sumner, and members of the Royal Wessex Yeomanry. Also joining them were Borough Councillors and members of the public.

The Vice Lord-Lieutenant gave the opening remarks, after which the Mayor gave an address and announced the proclamation. Following the ceremony, everyone assembled sang God Save The King and gave three cheers to the new King.

Justin Tomlinson said: “I was very proud to be part of the Royal Proclamation in Swindon, to be part of such a historic moment was an honour. It was great to see such a good turnout to welcome the new King and wish him well as he begins his reign. Well done on organising such an excellent event at the Civic Offices.” 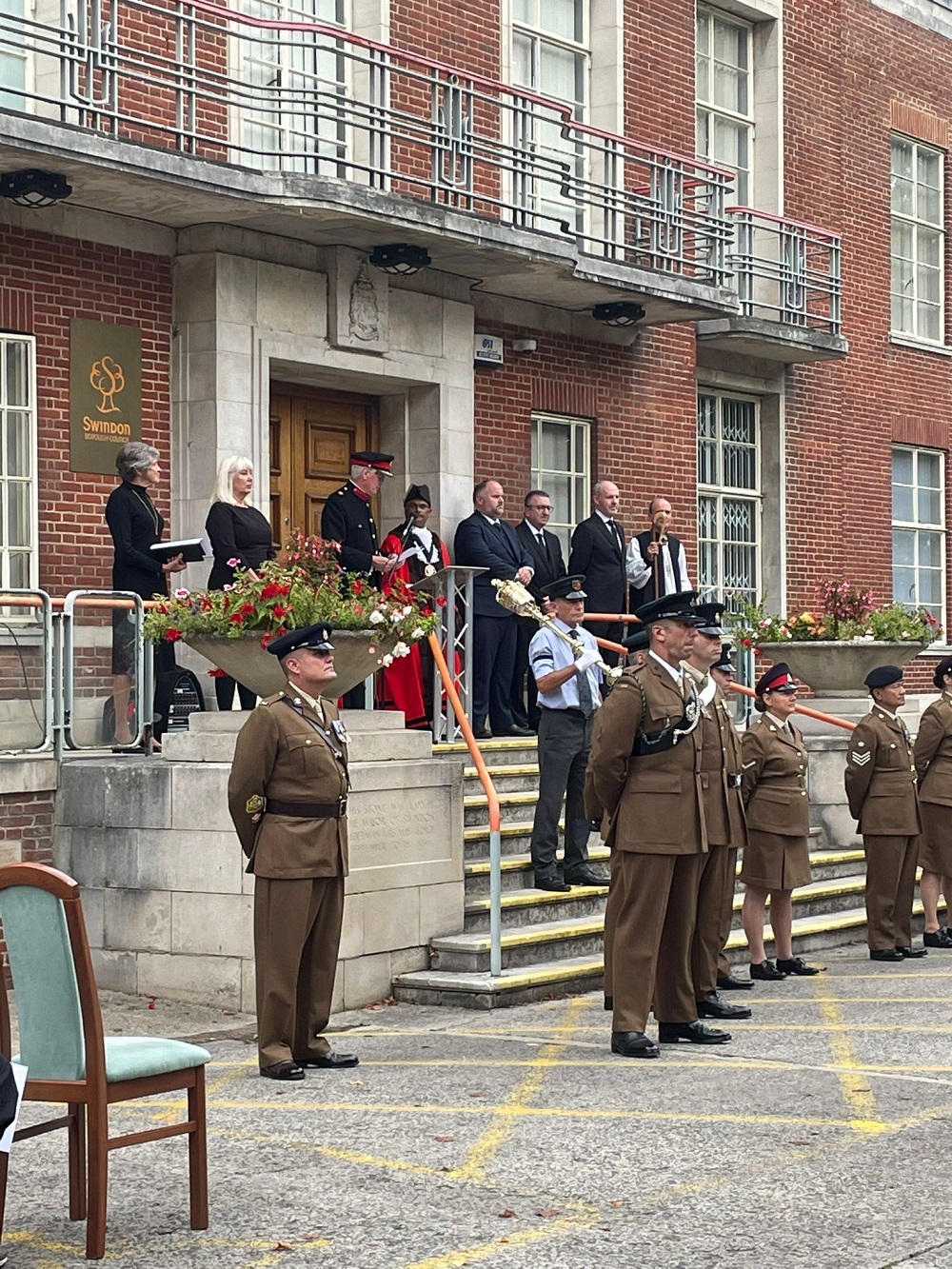