The local Members of Parliament for the two Swindon constituencies both visited Grant UK’s new Head Quarters in January to tour the facilities and to learn more about what Grant UK is doing in the local community and in the field of sustainable home heating products.

In September 2022, Grant UK moved to larger premises and relocated its Head Quarters to Blagrove in Swindon, Wiltshire. On 13th January 2023, Grant UK welcomed Sir Robert Buckland, the MP for Swindon South, and Justin Tomlinson, the MP for Swindon North, to visit their new HQ and to take a tour of the facilities which total 80,000sqft of offices, warehousing and a Training Academy. During the visit, both Sir Robert and Justin were able to meet with staff, learn more about the sustainable features installed throughout Grant UK’s premises as well as discussing low carbon heating.

During the visit, representatives from Grant UK were able to show both Sir Robert and Justin the key features of the premises as well as highlighting the transformation of the site. The renovation project saw the units transform with the creation of thoughtfully designed offices, the development of employee wellness spaces, the use of sustainable materials throughout and the installation of a biomass heating system and solar PV panels for renewable energy generation.

Sir Robert Buckland MP writes, “It was great to visit the new premises of Grant UK here in Swindon, along with Justin Tomlinson MP. Based on Frankland Road, Blagrove, this business has recently relocated from Devizes to Swindon. In January 2022, having outgrown the Devizes site where they were based since 2003, Grant UK acquired new premises on Frankland Road, a substantially larger base that will facilitate the Company’s future growth in the renewable heating market. It is great to see a local business expand and choose Swindon as a destination, and for the regeneration of a former disused site to take place as part of this process.”

Justin Tomlinson MP adds, “It was fantastic to see this growing business choose Swindon for their exciting, modern new facility – a real boost for our town with new jobs and opportunities being created in this increasingly green sector.”

“We were pleased to welcome both Sir Robert Buckland MP and Justin Tomlinson MP to our new Head Offices”, comments Neil Sawers, Commercial Technical Manager at Grant UK. “As the local Members of Parliament for Swindon, they were interested in learning more about our business and our community plans. It was also a great opportunity to discuss the Renewable Liquid Heating Fuel Bill that was recently raised in Parliament. Here at Grant UK, we believe that low carbon liquid fuels have an important part to play in the Government’s roadmap to Net Zero Carbon Targets, alongside air source heat pumps, and it was positive that we could discuss this important topic with both these Members of Parliament.” 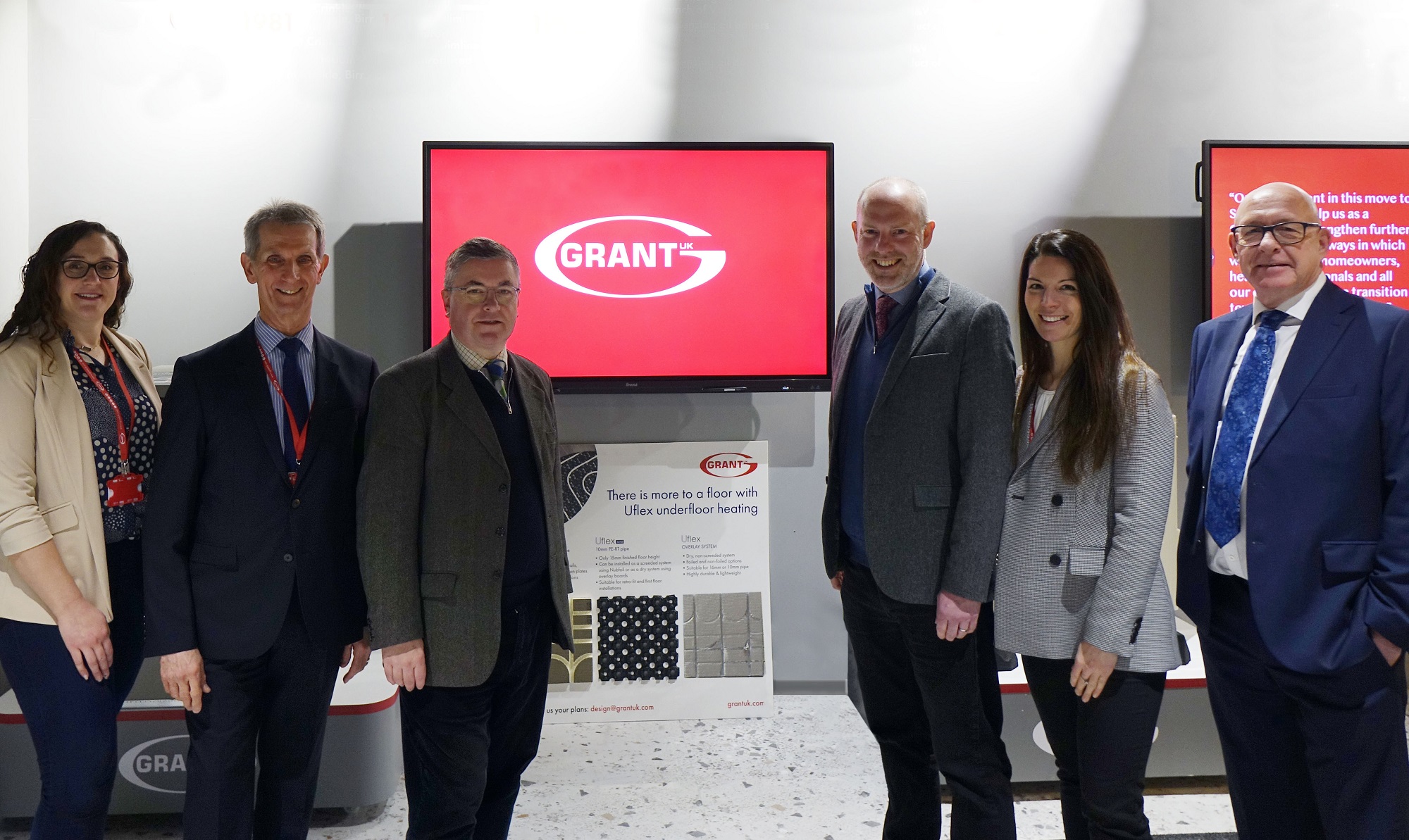