North Swindon MP Justin Tomlinson met with Regional Manager for Matalan Sian Jackson, and visited one of the companies most successful store in the country.

Justin visited the Greenbridge branch of Matalan to hear how the Covid pandemic had affected the store, what measure the store keep shopper safe, and how the store looking to bounce back strongly.

Sian informed Justin that the Greenbridge branch was in a strong position, being in the top 3 for turnover out of 233 stores - in addition to this the store is also number one in terms of processing online orders.

One initiative taken during the pandemic was to build partnerships with other brands and companies, giving them shelf-space in the store. Among those Matalan has joined forces with are Claire’s Accessories, The Entertainer and Card Factory.

In order to keep customers safe post-Covid, the store has continued to keep the building and furniture clean, and has been trailing additional smaller changing rooms which are earlier to maintain.

As a DWP Minister, Justin was delighted to hear that the Greenbrdige branch has hired a new member of the team via the Governments Kickstart Scheme. The Kickstart scheme offers six-month additional jobs for young people aged 16 to 24 years old who are currently claiming Universal Credit and are at risk of long-term unemployment.

Justin said: “It was a pleasure to visit the Greenbridge Matalan earlier today. It was very interesting to hear about the store and learn about how it operates, and the plans for the future. I am delighted that the store is going from strength to strength and look forward to seeing this continue.” 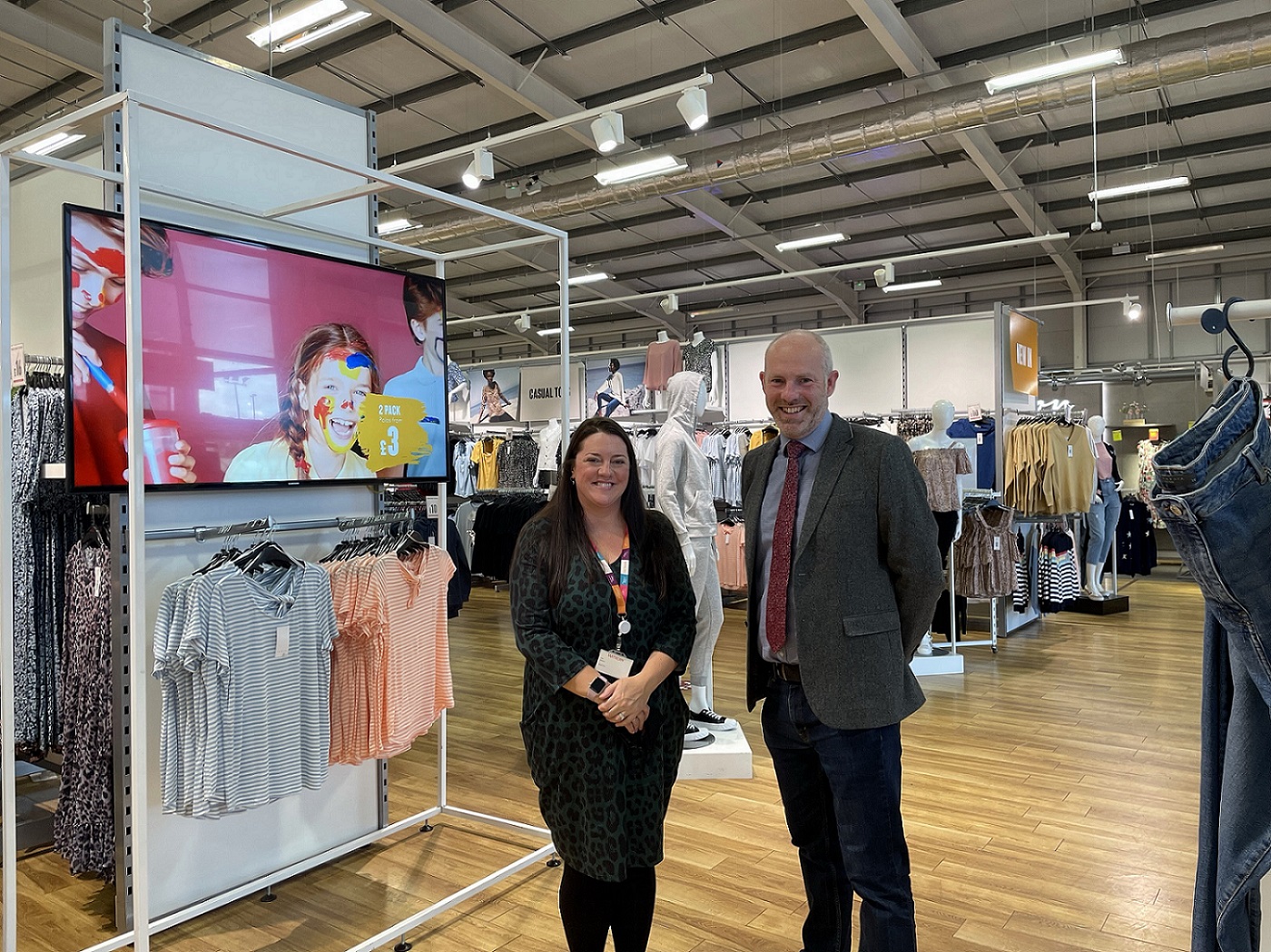