Justin Welcomes Largest Investment In Our Defence In A Generation

North Swindon MP, Justin Tomlinson has welcomed the Government’s announcement yesterday that the Ministry of Defence’s annual budget, will be increased by a substantial £24.1 billion, the largest increase of its type in 30 years.

Yesterday’s announcement, made by the Secretary of State for Defence, Ben Wallace MP makes clear Britain’s commitment to working with international partners on a range of global issues. This increasing in funds is the largest since the end of the Cold War, and will equip the Armed Forces for its modern challenges, while cementing Britain’s role as a leader in NATO and as a leading exporter of research and development.

Key points from the announcements yesterday:

• The increase in funding with cover a new jobs program, which will create up to British 10,000 jobs a year, many related to innovation and modernisation of the Armed Forces.

• The investment will underpin the revitalisation of shipbuilding, funding a significant expansion of Royal Navy vessels to create the biggest surface fleet of modern warships in Europe.

• An additional £1.5 billion will be poured into military research – including for the Future Combat Air System – allowing the Armed Forces to tackle the threats of tomorrow and to make sure the UK can stand shoulder to shoulder with our allies across the globe.

• For the hard-working men and women of the armed forces, the funding will go towards improving their day to day lives – whether through the wrap around childcare offer or improved living conditions, their health and wellbeing will be protected.

Commenting on the announcement, Justin Tomlinson MP said the following: “This is a fantastic announcement that demonstrates our clear commitment to a modern and well equipped defence strategy for our country. The UK has always had a first rate armed forces and it is only right that this funding comes to modernise these forces, to stand shoulder to shoulder with our allies around the world.”

“The funding today will provide important financial reassurances to our brave serving personnel and their families, as well as creating thousands of new job opportunities in the armed forces themselves and the considerable supply chains.”

This is excellent news for Defence, and provides us with the financial certainty we need to modernise, plan for the future, and adapt to the threats we face. It demonstrates the Prime Minister’s recognition of how important Defence is to our resilience, and to the reputation of the United Kingdom.

This settlement secures UK jobs and livelihoods, allows us to invest in our fantastic shipyards and aerospace industry, spreading prosperity to every corner of the UK.

Next year represents a huge opportunity for this country, and Defence will be at the forefront of creating the jobs and business opportunities that will help us build back from the pandemic. Over the next few months, I will set out in more detail our ambitious agenda for Defence.

In recent years, our adversaries have developed and weaponised a myriad of emerging technologies which go beyond the traditional warfighting domains of air, land and sea.

That’s why the Prime Minister has announced a new agency dedicated to developing Artificial Intelligence, the creation of a National Cyber Force and a new ‘Space Command’ that will protect the UK’s interests in space and control the UK’s first satellite launched from a UK rocket by 2022. The National Cyber Force will disrupt terrorists, hostile state activity and criminals and transform the UK’s cyber capabilities. This Ministry of Defence and GCHQ partnership will conduct responsible cyber operations ranging from countering terror plots to supporting military operations. 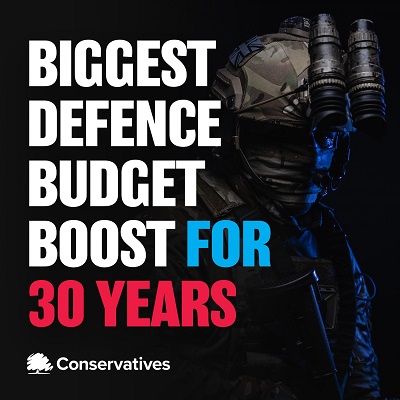