Local MP, Justin Tomlinson is supporting an important amendment to the Environment Bill proposed by the Government, to strengthen enforcement powers and provide more oversight in reducing storm overflows into rivers.

During wet weather, storm overflows are designed to prevent contaminated wastewater and sewage from overloading the sewer system and backing up at times of heavy rainfall. The Government already incentivises the minimising of storm overflows, by imposing large penalties on water companies discharging untreated sewage into the river system. Thames Water for example, who cover North Swindon had £4 million and £2.3 million fines for separate incidents.

The issue recently rose to prominence in the news, where there were some ambiguities in relation to a previous House of Lords amendment, which called for the elimination of storm overflows with no plan in place to do it. Since then, however, the Secretary of State for Food, The Environment and Rural Affairs George Eustice, explained that the government would be introducing a new, tougher legal standard directly on water companies to make a progressive reduction in the sewage they dump into rivers. This amendment has been passed, and is being welcomed by Justin Tomlinson MP.

The new legislation includes measures to:

“I welcome this important amendment to reaffirm the Government’s commitment to tackling and reducing the damaging impact of storm overflows in our rivers. Locally here in Swindon, I am involved in supporting residents to promote measure to reduce the need for overflows. The Government’s work will continue in this area and ensure that regulators, utility companies and others are appropriately held to account.” 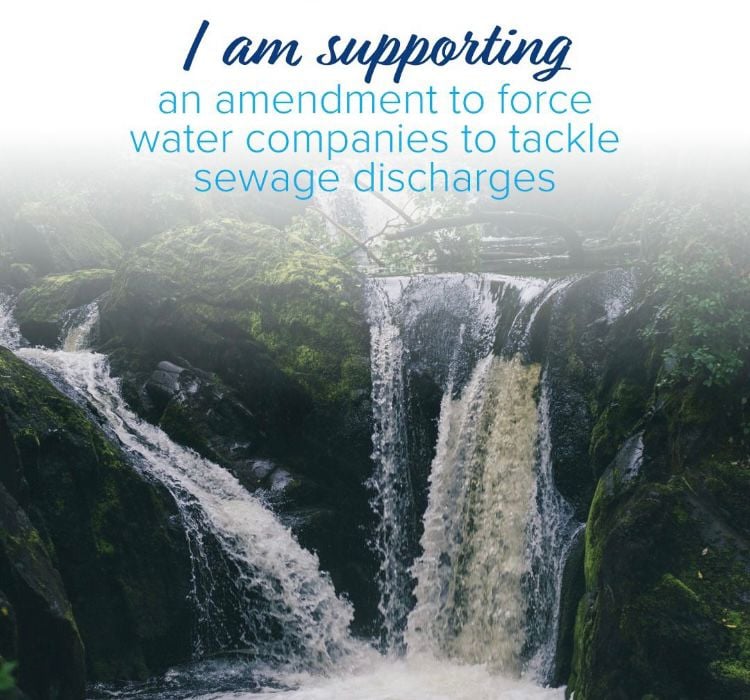