Local MP Justin Tomlinson attended the official opening of the Strawberry Thief in Tadpole Garden Village, which is the most recently opened Arkells pub in Swindon. Justin said he was pleased to join civic leaders across Swindon and Wiltshire, local councillors as well as staff , to welcome in the new pub officially at its home on Mackay Crescent.

"It’s been absolutely great in the last year since I did the ground-breaking ceremony, to see the vision for the pub realised. It will make a very welcome addition to North Swindon." 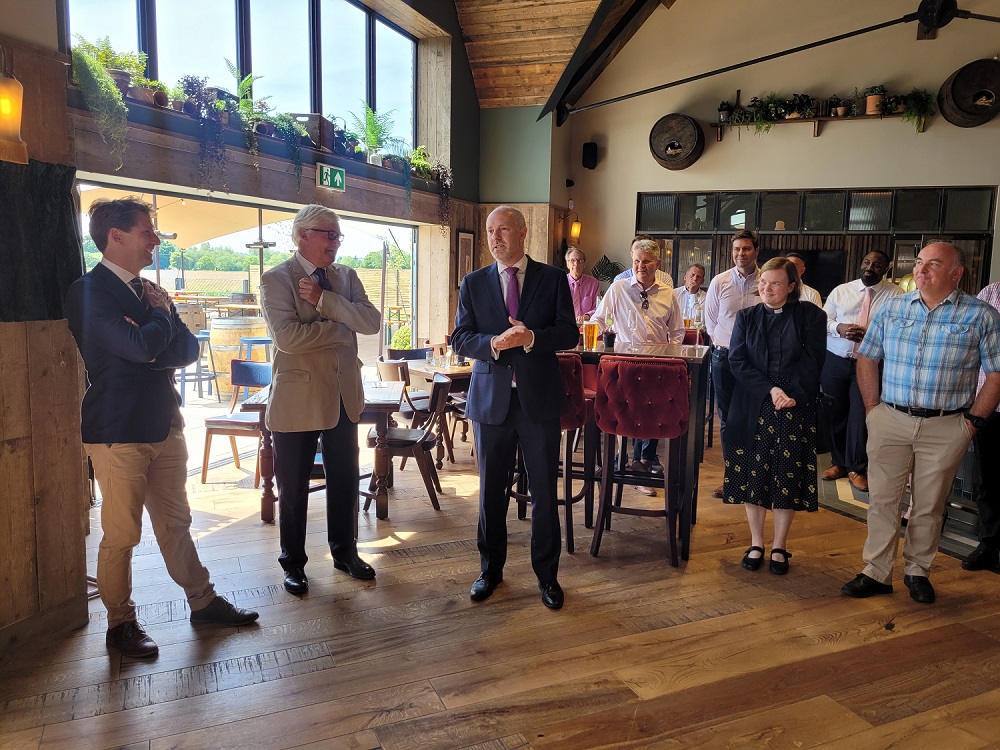