This weekend will see millions of people coming together to celebrate the Queen’s Platinum Jubilee, and throughout the bank holiday an array of events will be taking place both locally and nationally.

Events kick off tomorrow with Trooping the Colour, a spectacular event which will see 1,400 parading soldiers, 200 horses and 400 musicians making their way down the Mall to Horse Guard’s Parade. The Parade will close with the traditional RAF fly-past, watched by The Queen and members of the Royal Family from the Buckingham Palace balcony. The event will be shown live on BBC One as part of its Jubilee coverage.

On Saturday a Service of Thanksgiving will be taking place at St Paul’s Cathedral, to begin by the ringing of Great Paul - the largest church bell in the country. This will be an opportunity for various dignitaries to express their thanks to the Queen for her remarkable 70 years of service to the country.

Saturday’s Epsom Derby also features as one of the key events of The Platinum Jubilee Central Weekend. In its 243rd year, the race is regarded as the birthplace of thoroughbred racing, Sadly, the Queen will not be attending this year, and the popular Princess Anne will be representing her.

Buckingham Palace will be hosting the Platinum Party at the Palace on Saturday night, with performers including Elton John, Andrew Lloyd-Webber, Craig David, Alicia Keys, and many more. In addition to music, there will also be appearances from Sir David Attenborough, Emma Raducanu, David Beckham, Stephen Fry, and Ellie Simmonds.

The Platinum Jubilee Pageant on Sunday will be an opportunity to gather and pay tribute to Her Majesty and bring to life iconic moments from The Queen’s reign as well as showcasing our changing society over the past 70 years. The pageant will be led by The Gold State Carriage, in which the Queen travelled to her coronation 70 years ago - while The Queen won’t personally travel in the regal Gold State Carriage, there will be a fabulous surprise!

Over 60k people across the country have registered to host Big Jubilee Lunches on Sunday, with over ten million people across the UK are expected to be joining the celebrations. In Swindon the Council have granted more than 50 road closures to allow people to join their family, friends and neighbours to celebrate the Queen’s remarkable reign - https://www.swindon.gov.uk/news/article/772/all_the_roads_that_will_be_closed_for_jubilee_street_parties_and_celebrations 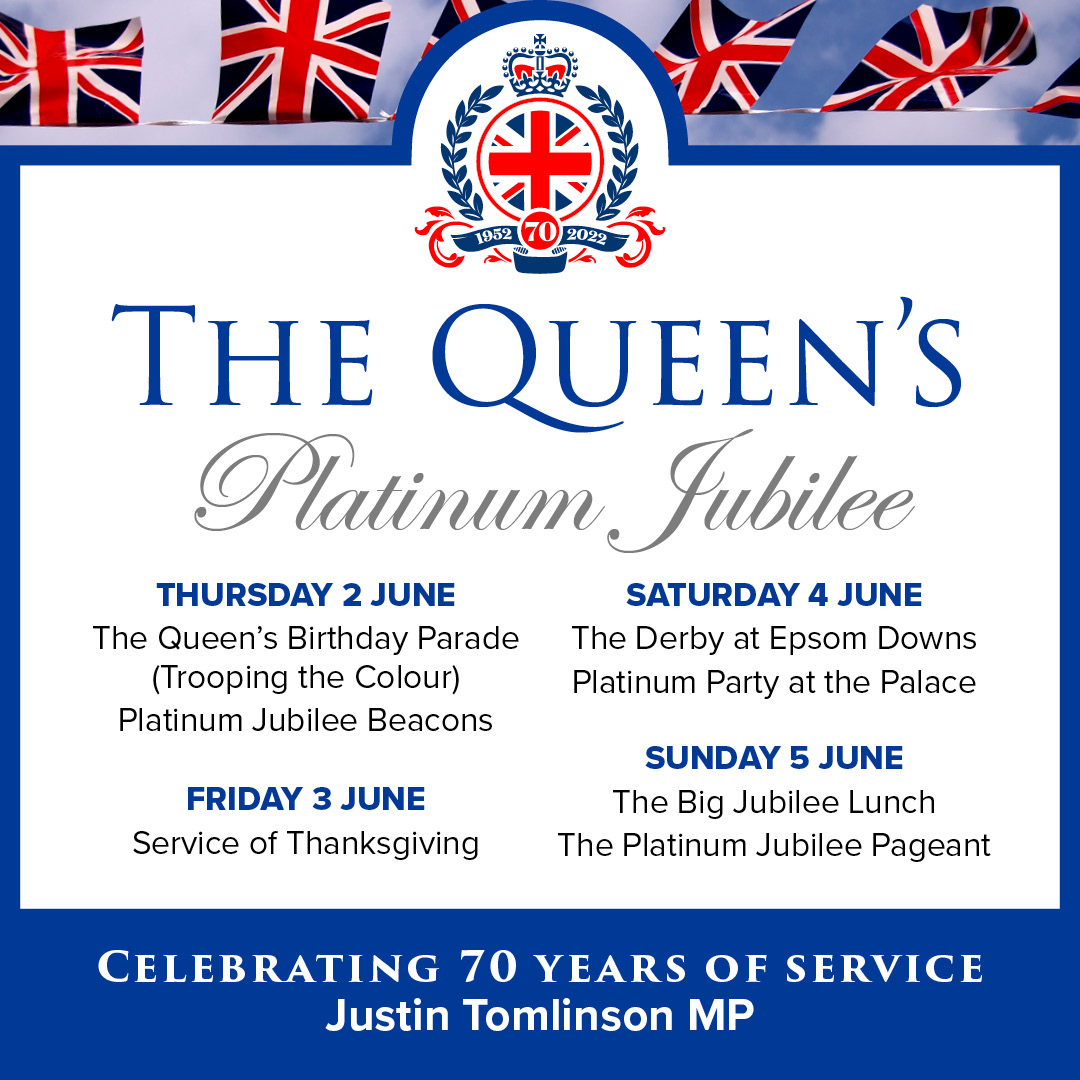