The Prime Minister has set out his ambition to make the UK the world leader in clean wind energy, and in turn create jobs, slash carbon emissions and boost exports.

The plans laid out aim to level up communities in Teesside and Humber, Scotland and Wales, by investing £160 million to upgrade ports and infrastructure in those areas – which it is hoped will increase the UK’s offshore wind capacity; which is already the largest in the world.

Around 2,000 construction jobs will be created through this investment, which will also enable the sector to support 60,000 jobs directly and indirectly throughout the manufacturing process of the next-generation of offshore wind turbines.

It is hoped this will filter though to smaller suppliers, who will be well-placed to win orders and further investment from energy companies around the world and increase their competitive standing on the global stage, as well as supporting low-carbon supply chains.

Further commitments have been made to ensure that the UK will be at the forefront of the green industrial revolution and progresses towards net zero emissions by 2050 – these include:

North Swindon MP Justin Tomlinson said: “I am very proud that under a Conservative Government, the UK has cut carbon emissions by more than any similar developed country. This latest announcement is fantastic news, and will continue to build on the UK’s reputation as a world leader in clean energy.” 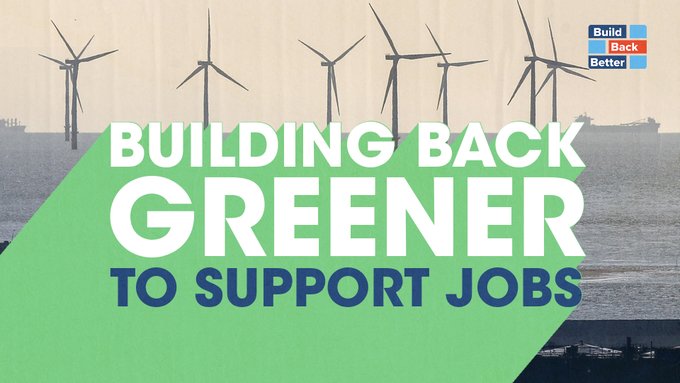