Swindon MPs Justin Tomlinson and Robert Buckland have welcomed the news that Swindon is set to benefit from part of a £200 million national hospital discharge fund to free up hospital beds and reduce pressure on the NHS.

The announcement was made last week by Health and Social Care Secretary Steve Barclay MP, and it has since been confirmed Bath, Swindon and Wiltshire Integrated Care Board will receive more than £3million from the fund.

The additional financial support has been provided to buy immediate short-term care placements to allow people to be discharged safely from hospitals into the community where they will receive the care they need to recover before returning to their homes. The move will free up hospital beds so people can be admitted more quickly from A&E to wards, reducing pressure on emergency departments and speeding up ambulance handovers.

In addition to this, the Government has announced an additional £50 million in capital funding to expand hospital discharge lounges and ambulance hubs. Ambulance queues in some areas are made worse due to a lack of physical space - the new money will create new ambulance hubs where vehicles can manoeuvre more easily to avoid delays handing over patients. The funding boost will also expand discharge lounges in NHS trusts - areas where patients can be moved out of acute beds while they wait to be discharged, freeing up beds in the meantime.

The Government is also running a national recruitment campaign to attract more carers into the workforce. The £500 million adult social care discharge fund announced last year is available to help with the recruitment and retention of staff and can be used to provide bonuses and pay-rises to carers.

Justin Tomlinson MP and Robert Buckland MP said: “The last couple of years have been incredibly challenging for the NHS, and the increased number of Covid and flu cases we are seeing currently are adding to the pressure. The extra funding will provide much needed support to tackle delayed discharges, reduce hospital bed occupancy and ease stress on emergency departments – and ultimately improve outcomes for patients.” 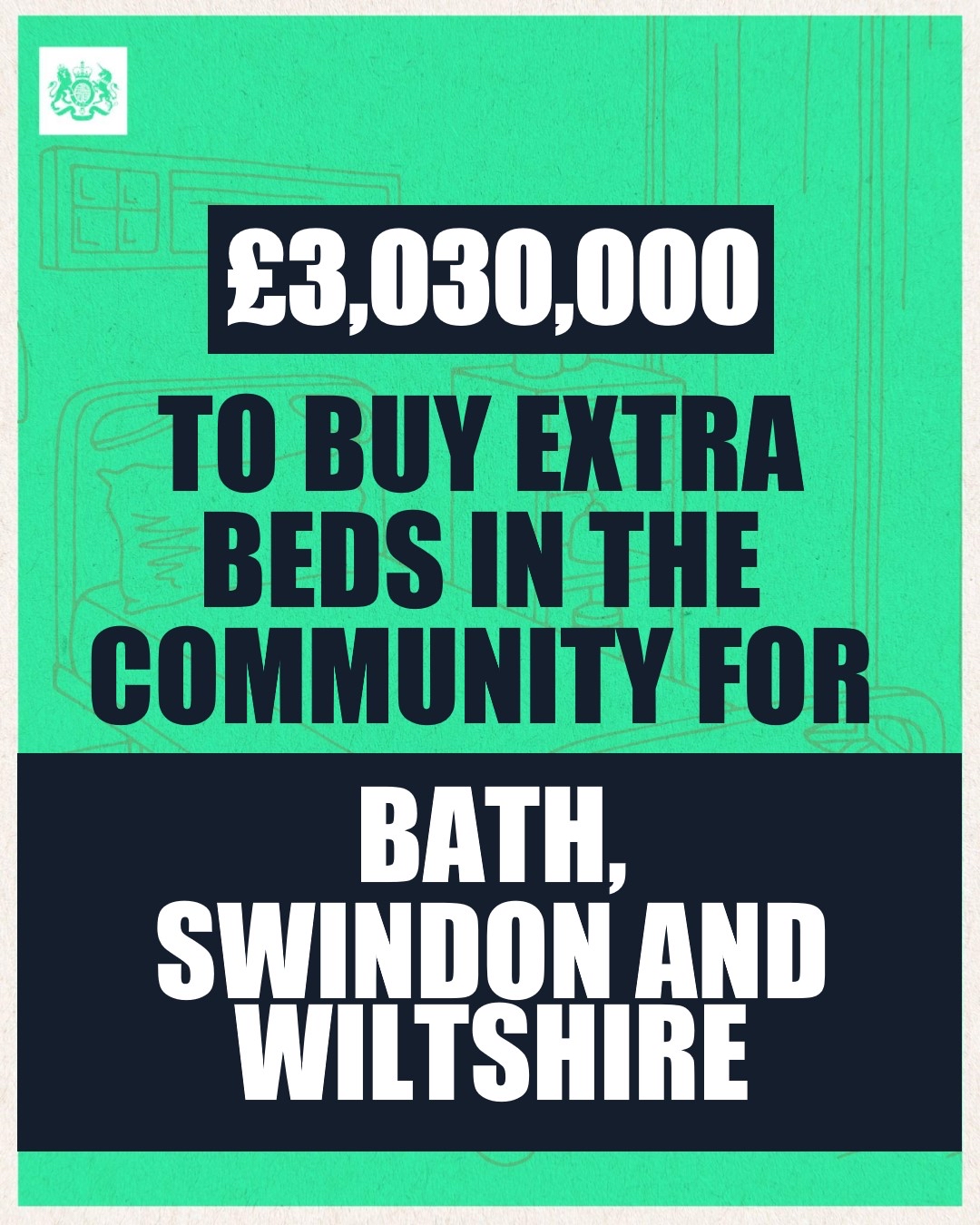