Swindon MPs Sir Robert Buckland and Justin Tomlinson have welcomed the news that Transport Secretary Huw Merriman MP, has approved the A417 Missing Link scheme between Gloucester and Swindon, which will boost regional economies and transform journeys for millions of people.

This landscape-led highways scheme will deliver a safe and resilient road while conserving and enhancing the special character of the Cotswolds Area of Outstanding Natural Beauty.

“We are both delighted with this decision, which will help to improve Swindon’s connectivity with the Midlands and boost the regional South West economy.”

On an average day, the road carries approximately 40,000 vehicles and congestion can be frequent and unpredictable, so some motorists divert onto local roads to avoid tailbacks.

This decision means that much-needed action will now be taken to improve this stretch of road to make it safer, reduce traffic congestion, and help to support growth across the region.

A six-week judicial period will now be entered, but work will continue to move the project forward during this time.

Preparatory work on the project will begin in early 2023 and construction will start later next year.

National Highways have assured MPs that they will continue to work closely with local communities as they move towards the start of construction, making sure everyone is kept informed and disruption is kept to a minimum. You can find out more about the construction here: A417 missing link - National Highways 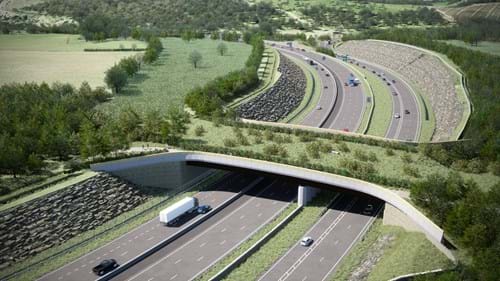