The UK and Japan have agreed a historic trade agreement which will increase trade with Japan by an estimated £15.2 billion.

The agreement is the first trade deal brokered by the UK since leaving the EU earlier this year. The deal is tailored to the UK economy and secures additional benefits beyond the EU-Japan trade deal, giving UK companies exporting to Japan a competitive advantage in a number of areas. It will help to create jobs and drive economic growth throughout the whole of the UK.

UK businesses will benefit from tariff-free trade on 99% of exports to Japan, and UK workers’ wages could be boosted by £800 million in the long run.

Manufacturers, food and drink producers and the tech sector are all set to benefit from the measures in the UK-Japan deal, which include:

The deal opens up the possibility of the UK joining the Comprehensive and Progressive Agreement for Trans-Pacific Partnership (CPTPP), which will give the UK access to the Asia-Pacific region and help to increase the resilience and diversity of our supply chains.

Justin Tomlinson said: “This is fantastic news, which will greatly benefit many brilliant British businesses- both large and small. The UK and Japan have always had strong trading relations, and this deal will build and develop this further. As the UK negotiates deals with other trading partners, I hope this sends a clear message that the UK is open for business and ready to forge strong free-trade links across the world.”

International Trade Secretary Liz Truss said: “This is a historic moment for the UK and Japan as our first major post-Brexit trade deal. The agreement we have negotiated – in record time and in challenging circumstances – goes far beyond the existing EU deal, as it secures new wins for British businesses in our great manufacturing, food and drink, and tech industries.” 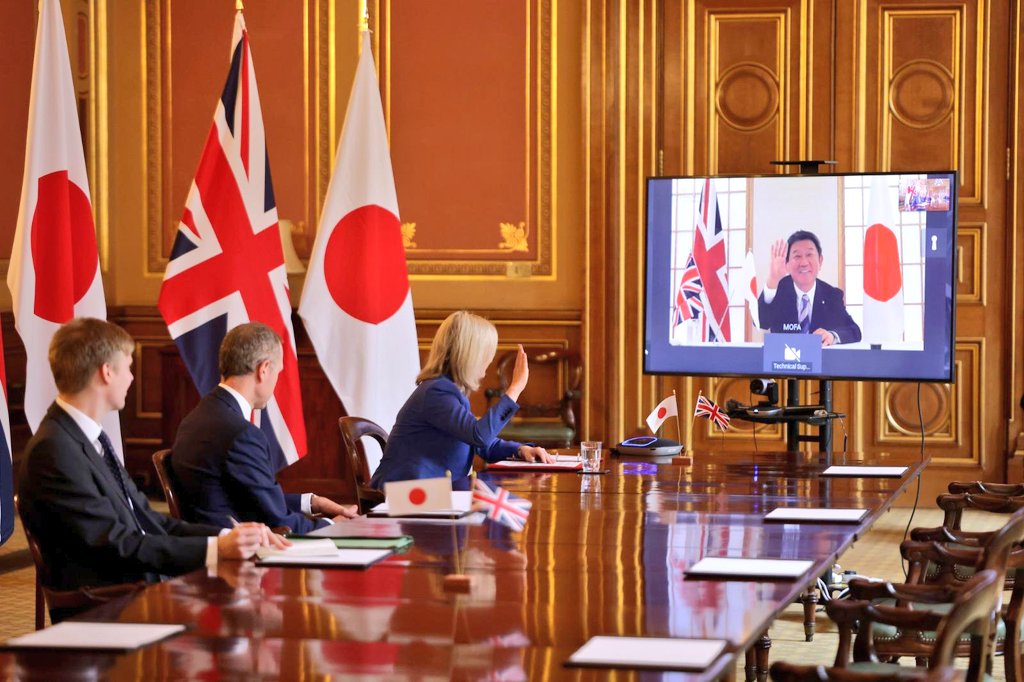 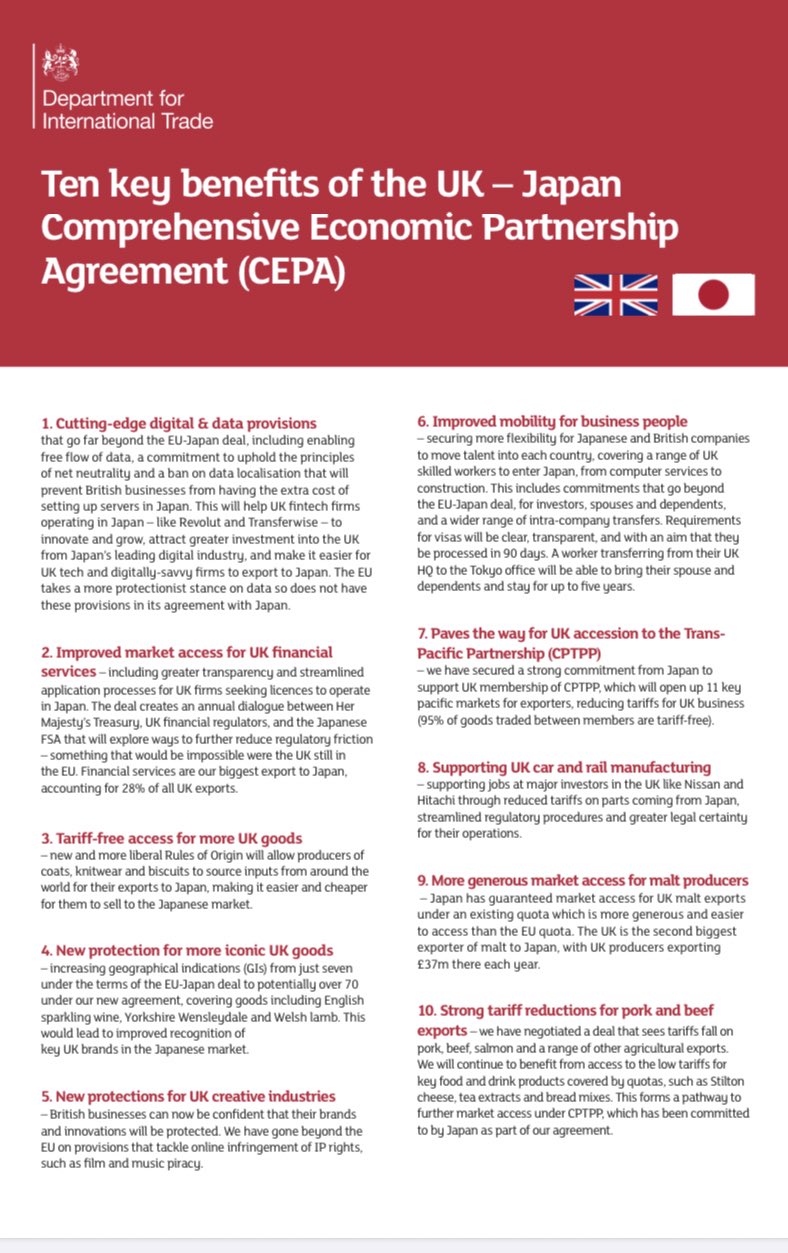