•Schools, colleges and universities can now apply for funding to allow students to study and work across the world as part of the Government’s new Turing Scheme.

• Replacing the UK’s participation in the Erasmus+ programme, the £110 million scheme will fund opportunities for around 35,000 students across the UK.

•Demonstrating the Conservative Government’s commitment to levelling up education, the scheme will target students from disadvantaged backgrounds and areas

Swindon MPs Robert Buckland and Justin Tomlinson have urged schools and colleges in Swindon to apply for the Conservative Government’s new £110 million Turing Scheme, which will provide young people with the opportunity to study and work around the world.

The landmark scheme, which replaces the UK’s participation in the EU’s Erasmus programme, will be backed by £110 million funding in 2021-22. Schools, colleges and universities can now apply for funding, which will provide for 35,000 global exchanges from this September – a similar level to the number of exchanges which took place under the previous scheme.

Representing the Conservative Government’s clear commitment to delivering a truly Global Britain now that we have left the EU, every country in the world is eligible to partner with the UK’s world-class universities, schools and colleges.

The Turing Scheme will target students from disadvantaged backgrounds and areas who were less likely to benefit from the Erasmus programme by supporting the costs of studying and working abroad, providing up to a maximum of £490 per month, levelling up opportunity for all students.

Schools, colleges and universities will all be supported with the cost of administering the programme, and are encouraged to form partnerships around the world. Details on the application process, including funding and eligibility levels, are available on the Turing website.

“This pioneering scheme offers young people here in Swindon a fantastic opportunity to study and work around the world, developing vital skills and experiences that will enrich their lives.

“We are strongly encouraging schools, colleges in Swindon to apply for the Turing Scheme, so we can give students across the town the chance to have a world-class education.”

“The Turing Scheme is a truly global programme with every country in the world eligible to partner with UK universities, schools and colleges.

“It is also levelling up in action. Unlike the Erasmus scheme, which overwhelmingly went to children from better-off homes, the Turing project is designed to help students across the country of all income groups to get to fantastic schools, colleges and universities around the world.” 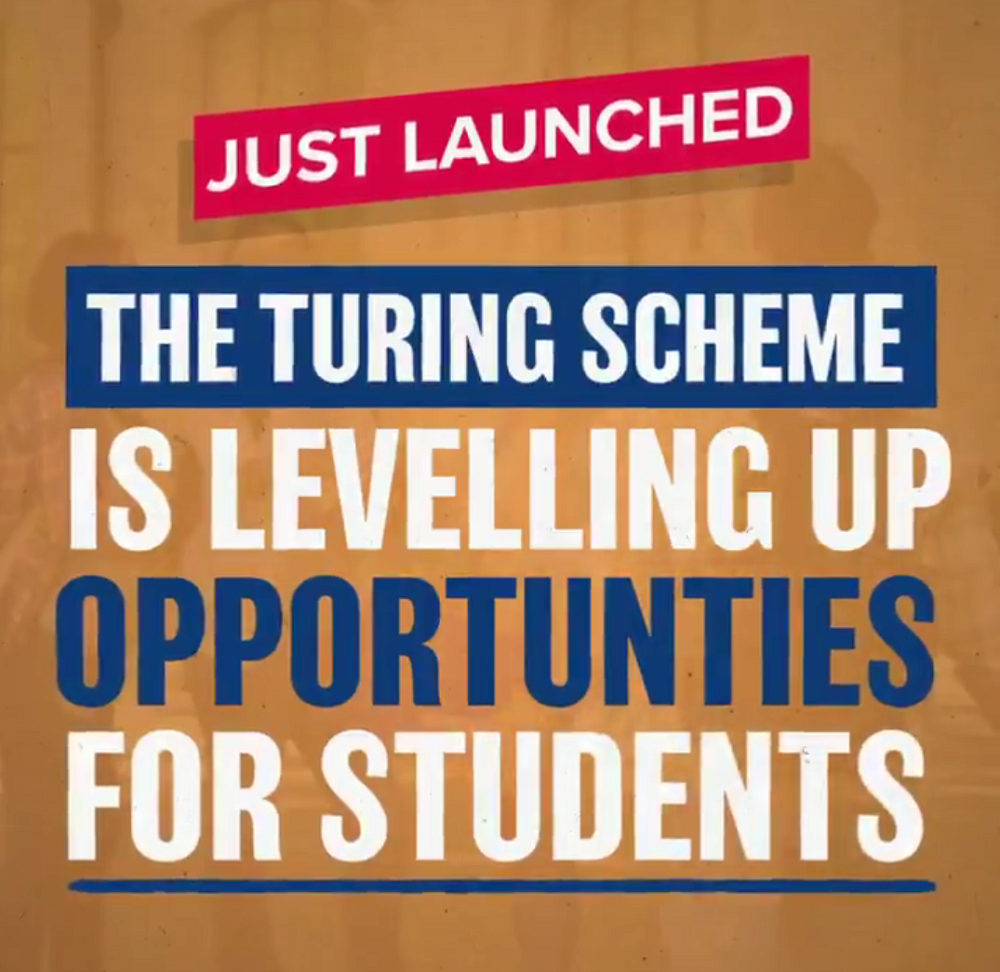